Religion in the West End

These collection plates (right) were onced passed around church services to collect donations to the church. These plates from the York Street United Methodist Church are approximately 100 years old and are beautifully designed by the Thomas Communion Service Company of Lima, Ohio. Mr. Lewis, the contributor of the plates, recalled that the velvet remnants in the basin of the bowls kept loose change from making too much noise during service. 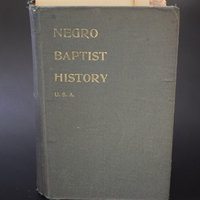 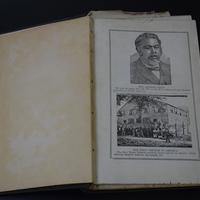 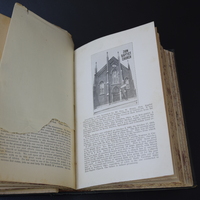 Methodist ministries, among many others, were important in the West End. The Cincinnati District of the United Methodist Church Urban Ministries developed a bulletin to report on their community service activities called Community Action. The Urban Ministries program is still directed by Mrs. Mary Lewis, and partially funded by the tithes of local Methodist churches. The initiatives mentioned in the 1975 bulletin include after-school programs at the York Street Center and Fairmount Church, a community lunch for senior citizens, and a local produce co-op led by Mrs. Lewis that is still active today.

In the 1980s, the York Street Methodist downsized and built a new church on a vacant lot around the corner from the old building. The church was designed by a University of Cincinnati professor. 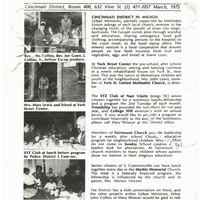 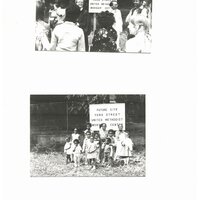 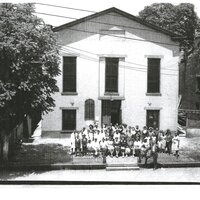 Catholic and Baptist ministries also had a strong presence in the community. Above, the congregation of New Prospect Baptist in 1945 pose with the pastor on the front steps of the church on Clinton Street. The church--and many of its congregants--relocated to the Roselawn neighborhood after the construction of I-75 in the 1950s.

Nearly all of Cincinnati's Black Baptist, Methodist, and Catholic Churches were founded in the West End. They provided a safe space for worship and celebration. 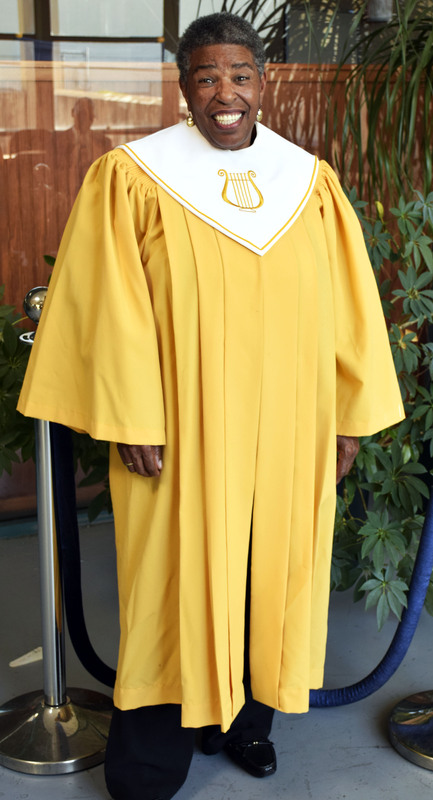 One of the major components of worship centers around Music. Community members of the West End shared artifacts that represent the important role that music played (and continues to play) in their everyday worship.

Church choirs offered the congregation the opportunity for artistic and religious expression. Members forged lasting relationships within their congregations that influence them even to this day. An example of this influence is represented by the choir robe wore and contributed by Cheryl Steward. The robe once belonged to her mother, Dorothy Yarbrough, who was a member of their church's choir for at least 40 years. For Mrs. Steward, this robe represents her mother's lifelong dedication to the church and helping her fellow community members.

One of the major aspects of church service consisted of music and the singing of hymnals. Music was a symbol of godly celebration and worship, particularly spiritual hymnals. Spiritual music was not only popular in the church, but also commonly found in homes. The Lead Me Guide Me hymnal book, contributed by Laverne Summerlin, represents the music of her childhood. Like so many other children, Summerlin was raised listening to Eurocentric hymnal. This was an African American Catholic book of eurocentric hymns and black gospel from Saint Mark Church of Ressurection dedicated to Father Joseph Clarence Rivers. The book reflects the range of cultural influences that contributed to the black Catholic experience. 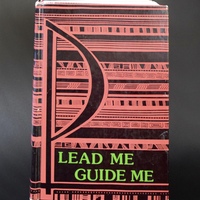 Lead Me, Guide Me Hymnal 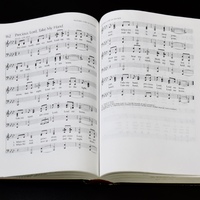 Music and lyrics for "Precious Lord, Take My Hand"